"Mi Sofrito Puro" ™ is a division of Marín de La Isla Verde, LLC. It was established in May of 2009 by Paul G. Marín, Sr. who is the CEO/Founder, as well as, the developer of all our trade-secret recipes.

Because the sofrito which was available in the market place contained fillers, dangerous additives, and preservatives, Paul usually just made his own from scratch. Realizing that others must be in the same time-consuming dilemma, he remembered that his father used to make an awesome sofrito. Though his father had passed away years earlier, his mother, fortunately, had saved Gonzalo Marin's recipe, which has been in the Marín family for three generations (over 150 years old) and was developed in Puerto Rico. The Marin family-recipe sofrito was not only a hit with the immediate family, other relatives and friends began begging him to make some for them as well. It was at this point that he decided to share the Marín's pure and healthy sofrito with the Latino Community and the rest of the world, by establishing the best sofrito in the market place:
"Mi Sofrito Puro" ™ –"El Sabor de Puerto Rico."

Paul states:
 I believe the success of 'Mi Sofrito Puro' ™ is due to our secret, time-saving blend of select vegetables and herbs, as well as, the fact that we don't use MSG (monosodium glutamate, a reported cancer-causing agent), no fillers, nor salt, nor chemical preservatives. Every product I saw in the market added some, if not all, of these chemicals and I wanted something healthier. Another BIG plus is that I pay close attention to the preparation of our Sofrito. Not only do I personally inspect the produce we purchase for our recipe, each and every ajicito sweet pepper, as well as each red & green bell pepper is cut open to remove every seed. I am also careful to purchase cilantro and recao that are days fresh. The onions, as well as the garlic cloves, are also fresh and not dehydrated, like many of our competitors use. These are reasons why we take pride when we exclaim; It's not just "Sofrito," It's "Healthy Sofrito!"™

To read the Health Benefits of our ingredients 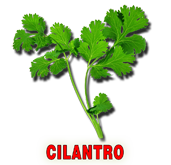